For 31 years in low earth orbit,the Hubble telescope has faced serious problems. The observatory stopped operating on June 13, and the U.S. space agency has made several attempts to identify and resolve the defect. Scientists believe the fault lies in a payload computer of the equipment. A test to restart the computer system was done, but were unsuccessful.

“Initial indications pointed to a degraded memory module as the source of the computer’s stop. When the operations team tried to switch to a backup module, however, the command to start it failed to complete,”

NASA said in a statement.

The space observatory goes offline after nine days after the first failure, even with continuous attempts to bring the charging computer back to life.

The spacecraft has two payload computers, one of which serves as a backup, that are located on the Science Instrument and Command and Data Handling (SI C&DH) unit. There are various pieces of hardware which make up both payload computers, including but not limited to:

Additional tests performed on June 23 and 24 included turning on the backup computer for the first time in space. The tests showed that numerous combinations of these hardware pieces from both the primary and backup payload computer all experienced the same error – commands to write into or read from memory were not successful.

Since it is highly unlikely that all individual hardware elements have a problem, the team is now looking at other hardware as the possible culprit, including the Command Unit/Science Data Formatter (CU/SDF), another module on the SI C&DH. The CU formats and sends commands and data to specific destinations, including the science instruments. The SDF formats the science data from the science instruments for transmission to the ground. The team is also looking at the power regulator to see if possibly the voltages being supplied to hardware are not what they should be. A power regulator ensures a steady constant voltage supply. If the voltage is out of limits, it could cause the problems observed.

Over the next week, the team will continue to assess hardware on the SI C&DH unit to identify if something else may be causing the problem. If the team determines the CU/SDF or the power regulator is the likely cause, they will recommend switching to the backup CU/SDF module and the backup power regulator.

Launched in 1990, Hubble has been observing the universe for over 31 years. It has contributed to some of the most significant discoveries of our cosmos, including the accelerating expansion of the universe, the evolution of galaxies over time, and the first atmospheric studies of planets beyond our solar system. Read more about some of Hubble’s key scientific contributions. 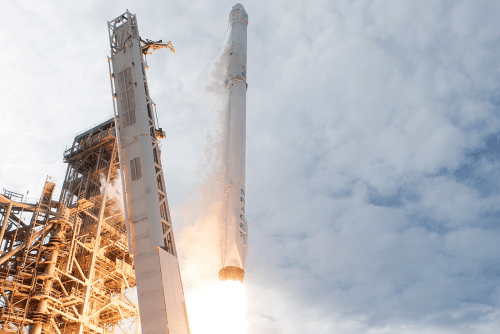