Who doesn’t have a love/hate relationship with their laptop battery? It lets us be mobile, but it also chains us to that little battery life gauge and the dreaded decay of performance as time goes on. But by following certain best practices, you can move the relationship more firmly toward the “love” side. Here’s how.

Save cycles, save your battery

All laptop batteries are built to handle a certain number of charge cycles, usually somewhere around 500 full cycles and sometimes more. Essentially, a charge cycle equals one full discharge down to zero percent and then a recharge back up to 100 percent.

A discharge down to 50 percent and then back to 100 percent would equal half a cycle. Over time, each charge cycle decreases a battery’s capacity from its design specifications, meaning that the fewer times you drain it, the longer the battery last — all other things being equal.

And so, where do you start? You can begin by visiting the power settings corner of your laptop. Many computers offer the ability to switch to an “eco mode” that automatically adjusts the way power is used (such as automatically dimming your screen brightness) to conserve battery energy.

You can also manually reduce the amount of power you’re using by shutting off Wi-Fi and Bluetooth when you’re not using them, turning off optional features such as keyboard back lighting, and generally reducing the number of components burning power.

Also, pay attention to hibernation modes. Ideally, you want your laptop to enter into hibernation before the battery is totally drained – as well as during downtime when you won’t be using the laptop for a while.

Hibernation is typically a power state where everything in working memory has been written to the hard drive or SSD and then the laptop is turned completely off. Hibernation uses no power, as opposed to various sleep states available with modern laptops that use at least some power over time.

To save even more power, take a tour of your apps and quit any that are running in the background and steadily eating into your battery life. In Windows computers, you can look at your System Tray, your Task Manager, and your Processes tab to see which of those little icons really aren’t necessary.

In macOS, you can see what apps are using the most power by clicking on the battery icon in the taskbar to the upper right and by opening the Activity Monitor and selecting the Energy section. Cloud storage services or video players that you aren’t using can be safely shut down. Both Microsoft and Apple have guides explaining the process further.

And, of course, there’s the best solution of all — don’t use your laptop on battery power, if you don’t have to. In today’s era of long battery life, it’s easy to forget to plug in when you come back to your desk. But that will, eventually, shorten your battery’s lifespan.

Keeping your battery in zone

In ancient, less enlightened times, there was a problem called “battery memory” that caused nickel-metal hydride (NiMH) batteries to “forget” their full charge capacity and start charging at lower and lower levels.

This problem doesn’t exist any longer thanks to modern lithium-ion batteries, but it has led to a lot of poor advice and arguments about battery care based on outdated information. It’s time to clear the air.

Contrary to some recommendations, you don’t need to completely discharge a lithium-ion battery and then recharge it to somehow reboot or calibrate it – this is a destructive practice that’s very hard on your battery. Whether or not it’s a smart idea to perform a complete discharge a couple of times a year remains an unanswered question.

Generally, the consensus seems to be that letting your battery discharge (without bottoming it out — aim for around 20 percent) and then charge it when possible is the best practice.

Next, there was a time when users were advised to refrain from keeping their devices plugged in, based on the idea that letting a battery charge to 100 percent could wear the battery out more quickly. Today, however, modern devices are designed to stop charging at 100 percent and thus keeping them plugged in doesn’t impact the battery’s lifespan, according to Battery University.

Today’s lithium-ion batteries are durable, but they can only take so much heat. High temperatures can damage your laptop battery permanently, or reduce its useful lifespan.

This leads to some common sense suggestions. For example, if you are charging your battery and it starts to get overly warm, perhaps because the CPU or graphics processor is working hard or the environment is overly hot, then shut the device down and pop the battery out if possible.

Give it a break so that it can cool down or you can move to someplace with a lower temperature. Of course, many modern laptops have sealed batteries, in which case shutting the machine down and letting it cool is highly recommended if maximizing the battery’s lifespan is your concern.
Likewise, keep the laptop off of your lap.

If testicular damage and discomfort weren’t good enough reasons, then with many machines you’re also making the problem worse by blocking vents. You’ll want to make sure that both vents that pull in cool air and those that expel hot air are able to do their jobs.

Finally, and perhaps most importantly, you should avoid placing your laptop anywhere it might become hot. That includes your car on a hot summer day, beneath a window that gets direct sunlight, or near a space heater. Unusual conditions such as these can do a lot of damage to a battery in a short period of time, though you may not realize it immediately.

Cold temperatures usually aren’t a problem down to a certain point, and storing a battery in a cool place is recommended, but don’t leave your laptop in freezing temperatures. Too much cold can also kill the battery permanently or reduce its lifespan.

If you want to watch temperature even more closely (say, you live in a particularly hot climate), then there are a number of apps you can run that will monitor laptop heat. This includes CoreTemp and Real Temp for Windows, which you can download for free.

Giving your laptop some TLC

Most people just let their laptop battery sit, snug inside the laptop, doing its job. But it’s a good idea to take your battery out from time to time and show it a little love. Every few months, detach your battery and give it a careful wipe with a soft cloth – get rid of any dust, and make sure the contact points are especially clean.

As with many battery-related questions, the issue of keeping your laptop plugged in when it’s reached full capacity is hotly debated, and so there’s nothing wrong with turning your machine off and unplugging it. If you’re going to store your laptop for an extended time without using it, then discharge or charge it to 50 percent before putting it away.

Generally speaking, the best thing you can do for your lithium-ion battery is to avoid letting it discharge below 20 percent. Plug it in and charge it when you can, and then rinse and repeat.

The good news is that with modern batteries and systems there’s really not much else you need to do — except perhaps reasonably expect that your battery will eventually start losing its overall capacity.

Want the best battery? Here’s a quick list of bad practices.
Full discharges: As mentioned, when a laptop battery discharges fully – forcing a shutdown – the battery uses up a full charge cycle. The more charge cycles consumed, the more quickly a battery will give up the ghost.

Even when running a discharge cycle, don’t let the battery drop to zero percent. Instead, stop when your operating system warns you the battery is getting low.

This is a similar point to the first. If you are constantly forcing your laptop to hibernate in order to save the battery, then you aren’t keeping your battery at the ideal percentages. Rethink your laptop habits, or at least accept that your usage patterns will result in a battery that won’t last quite so long.

If you must leave your battery unused for long periods of time, then make sure it has around 50 percent charge remaining. A depleted battery can die forever if not recharged soon enough. Generally speaking, though, keep using and properly charging your battery as long as you have it.

Obviously you can’t always avoid hot summers, but you know what this means: keep your laptop cool. Store it indoors, avoid direct sunlight, and keep it out of hot cars during the warmest days.

Software and your battery.

Finally, a note about your software — keep it updated! Companies work hard to improve the way that programs use power via software updates. The same operating system on a later patch could use significantly less battery power, giving your battery a longer lifespan without changing anything else.

And so, review your OS and keep your machine and its battery on a healthy diet of updates.

Porsche invests in the production of electric super car batteries 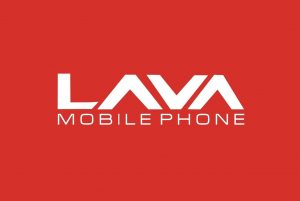 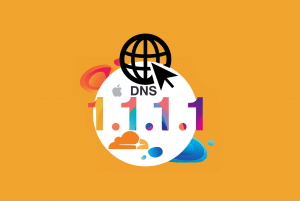 How to set up Cloudflare DNS on a Mac
GTech Booster