Many photos and Web images are stored in the popular JPEG image forma a format introduced wayback by the Joint Photographic Experts Group. But JPEG images have some limitations; some applications work best with images in vector formats such as Scalable Vector Graphics and Encapsulated Postscript.

The difference between JPEG and vector image files is in how the image is stored and displayed.

A JPEG file stores the image in what’s called a raster or bitmap format. In a bitmap format, every individual pixel or dot in the image contains a specific color; when you combine all the dots together they combine to form an image that you see as a single picture rather than as the individual dots.

But since there are only a certain number of dots in an image, if the image is displayed in a larger or smaller space than intended, the image loses resolution and becomes fuzzy. Bitmap images are easy to create when taking photos or using drawing tools, but can’t always be used when a larger image is needed.

So although vector images don’t always contain as many small details as bitmap images (especially large bitmap images), even very small vector images can be scaled to almost any size without losing resolution. Because they scale so well, vector images are often used for logos and other design work in programs such as Adobe Illustrator.

The next time you come accross them you can tell. 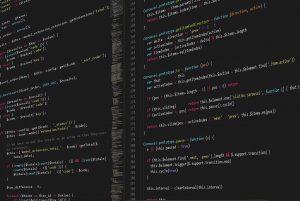