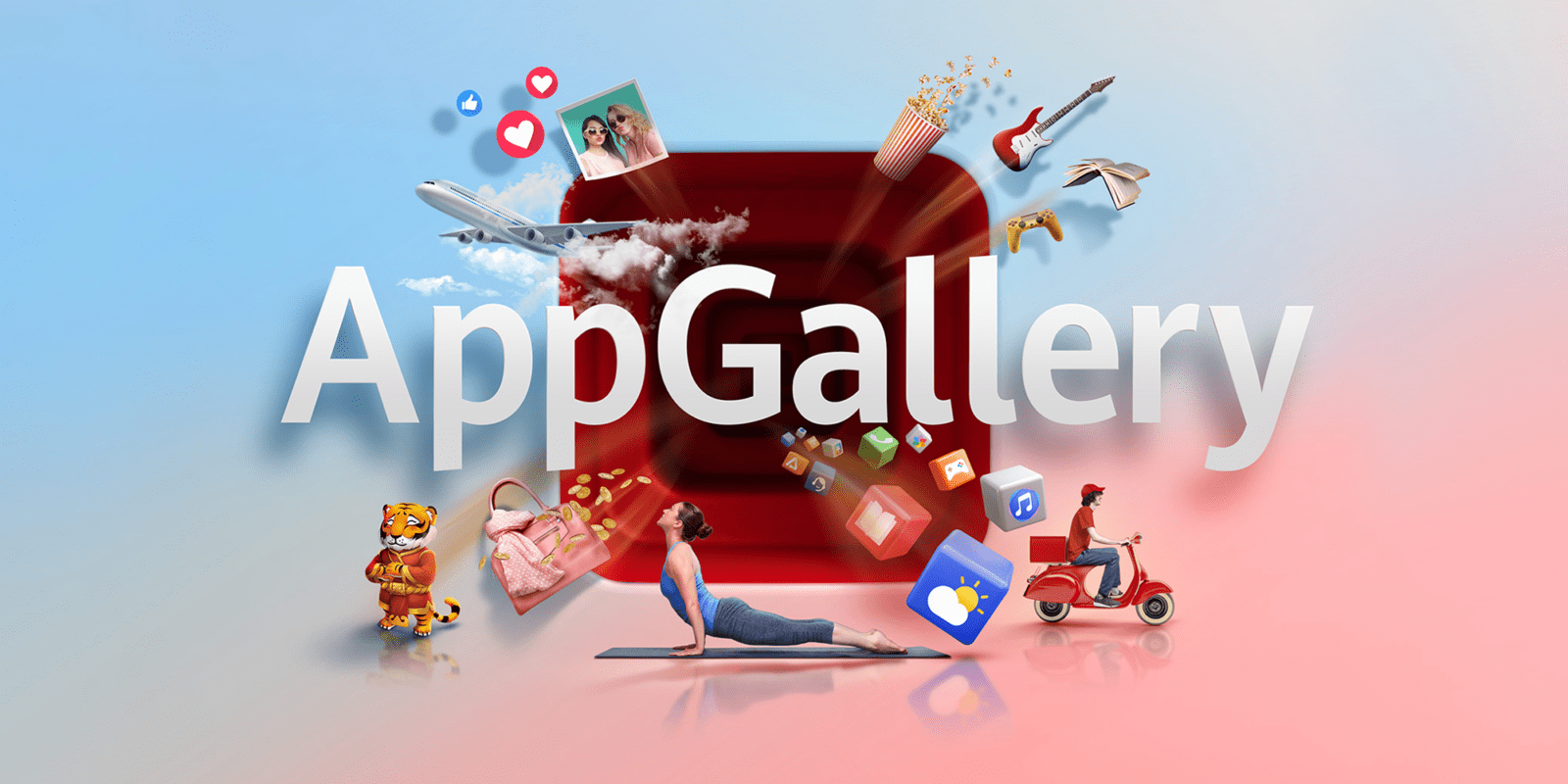 AppGallery was officially launched in China way back in 2011 before any of the political situations came into the picture. AppGallery was, and is, essentially an application distribution platform, or an app store as these services are more commonly referred to.

In China, recognizing the different needs and expectations of the market, AppGallery performed and continues to perform functions beyond what we outside of China expect out of an app store.

For instance, Chinese AppGallery integrates features related to forum-based social networking spaces for specific games which can serve as a resource for users. Functions like these served the target audience very well, and continue to be present in the solution for that region.

AppGallery also flourished in China without the presence of Google and its Play APIs, but that has been an inarguably unique situation.

At the launch of the Huawei P20 series in the first half of 2018, Huawei introduced AppGallery to the world outside of China. Huawei’s app store came pre-installed on the Huawei P20 and the Huawei P20 Pro, but it was later on rolled out to other existing smartphones within Huawei and Honor’s lineup.

While the content on the app store at launch was primarily targeting users in Asian markets with featured apps like Amap and WeChat, AppGallery can now be considered as a global store with a coverage spread of over 170 countries.

Over the months and years, AppGallery evolved to include complete billing capabilities, in addition to allowing in-app monetization, subscriptions, and ad-based monetization solutions for developers.

The evolution story for AppGallery finds similarity with that of the Huawei Consumer Business Group; at the very beginning, Huawei focused its efforts on early budget phone segments. But over the years, the company did go on to occupy top spots in segments like SoC, camera, hardware, and design.

AppGallery is of particular interest to app developers because of the impending fragmentation within the Android ecosystem as a repercussion to the trade war and resultant political decisions. In an ideal world, a second app store would be redundant in many ways if the primary app store performed its job well.

But in our current situation, the lack of the Google Play Store on Huawei and Honor devices means that AppGallery no longer watches from the sidelines, but instead, plays an active role as the primary means to distribute apps on these devices moving forward.

This positions AppGallery at a tipping point for which if engineered well can sweep even the primary market.

The app also comes preloaded on existing Huawei and Honor devices that also bundle in the Google Play Store, so the presence of your app on this medium presents an additional surface for discovery for end users.

As a developer, you do want to reach out to as many users as possible for your app with as little effort. While getting on to AppGallery does take effort, even if just a little, we still need to keep in mind that this might be the only way to reach future Huawei and Honor devices.

Plus AppGallery is based on Android so developers will find themselves using a different (but still familiar) SDK. If your app doesn’t reach users, something else will take its place, and that is a situation that established apps would like to avoid as much as possible.

Shipment figures from Huawei indicate that the company has shipped as many as 400 million smartphones over the last 2 years; these EMUI/Magic UI based phones still have unhindered access to Android. This means that you still have an existing userbase to tap into, even if you roll with the (rather insane) presumption that no one will buy any more Huawei or Honor devices.

There is also a case to be made for the presumption that Huawei’s ban is lifted in the future and the company is allowed to preload the Google Play Store again, and all status quo is restored. Huawei and Honor devices running Android through EMUI or Magic UI will likely continue to come with AppGallery preloaded alongside the Play Store. In such a case, developers could decide at that stage whether they need to continue maintaining their app on this store, depending on how their app performs.

Keep in mind that AppGallery also provides an opportunity for developers to publish their apps in China, something that the Play Store currently misses out on. This decision would thus vary from app to app, and from developer to developer because of its intrinsic commercial nature; it just might turn out to be financially viable and even profitable for certain developers to maintain their app across both distribution channels, especially if your app does not make use of a lot of Google Play APIs.

For game developers, especially those who rely on Unity, the quantum of work to maintain both Google Play and Huawei AppGallery versions would be even lower.

AppGallery also comes with some of its own selling points. By mid-2019, Huawei claims that it has had over 370 million monthly average users, with a growth of 195% year-on-year, and over 350 billion cumulative app downloads up from 180 billion in July 2018. Unfortunately, we do not have the means to verify such claims; nor does Google release similar statistics for the Play Store for us to compare. Nonetheless, past, present and future Huawei and Honor devices are a significant chunk of smartphones to target, if you so decide.

Huawei also claims that they are using a “global SDK” for services like billing and monetization, which essentially facilitates developers in western regions to launch their apps in China without needing further country-specific development.

This is a two-way street, so developers in China can also target users in other western regions with relative ease. There are also claims of Huawei attempting to be more (app) developer-friendly, with support teams being present to aid developers through the publishing process.

At least for Huawei, it is in the best interest of the Chinese giant to attract more and more developers, unlike Google and its established Play Store, so there just might be enough substance behind these claims.

Huawei is also attempting to follow a contextual discovery model for content discovery on the store, instead of a “Top Grossing” model where the pole positions enjoy a positive feedback loop for discovery. So if you do not know exactly which app you need, Huawei’s AppGallery may just present a solution that is superior to the one presented by the Google Play Store.

As previously stated, AppGallery might just be the only way an average user could reliably and easily install third-party apps on future Huawei and Honor devices, with “official” backing. There won’t be much choice at play in this situation, which is an unfortunate consequence of the mess the smartphone world is in because of political decisions.

While one would obviously prefer having the established Google Play Store as the primary option, Huawei AppGallery isn’t that bad of a choice in this particular situation and has been in development for years, prior to the current political situation.

A stir is however eminent with this development for the app store ecosystems of operation systems. If the political interference continues; which does not spell any backing down anytime soon, competition is about to heat up on a global scale.