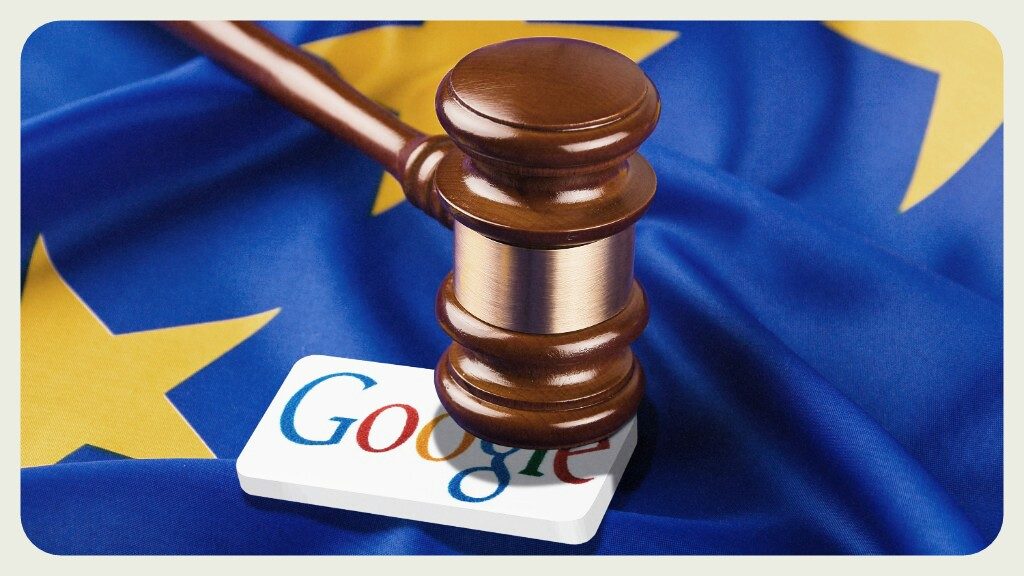 Alphabet Inc.’s Google was slapped with a $2.7 billion fine on Tuesday, saying it broke antitrust laws by favoring one of its search services over rival websites.

The case centers around Google Shopping ads, which place color pictures, prices and links to products that consumers have typed into its search engine. The EU’s Competition Chief Margrethe Vestager said Google’s search algorithms should treat its own Shopping service the same way as other price-comparison sites.

Here’s a walk-through of what the EU is so upset about. This is for desktop computer searches. On phones, there’s less digital real estate, leaving even less space for competitors. Before we start, it’s important to note that Google argues customers aren’t that interested in clicking through to other price comparison sites and want to go directly to retailers’ sites from Google. It denies any wrongdoing and is considering an appeal.

Google Shopping Today: The screenshot below shows results for a search in Germany for “gas grill.” Five Google Shopping ads take up the most valuable part of the page at the top. No other comparison shopping websites show up in the first couple of links.

Rival Sites Lower: Scrolling down, you see the first result for a competing price comparison service — Idealo — come in at number six. There’s another at number 11, Moebel24. But that link is listed as an ad, meaning Moebel24 had to pay for that placement, even though it’s near the bottom of the page.

The Future: What could Google do to satisfy Europe’s demands this time? Vestager said Google has 90 days to come up with its own solution, as long as it gives equal treatment to competing price comparison sites.

If it doesn’t do that, the EU will fine it up to 5 percent of the entire company’s daily global revenue. That could mean going back to the old days of only showing text ads and 10 blue links on page 1 — or building a new feature similar to the one proposed in 2014 that would allow other price comparison sites to show up at the top of Google search without paying for the privilege. Google would have to sacrifice space currently occupied by its own Shopping ads to make the latter idea work, cutting into a highly profitably and growing revenue stream.

Google’s in house lawyers are still considering whether or not to launch an appeal on the case. However the ruling as happened yesterday would take a toll on how Google serves its SERPs.