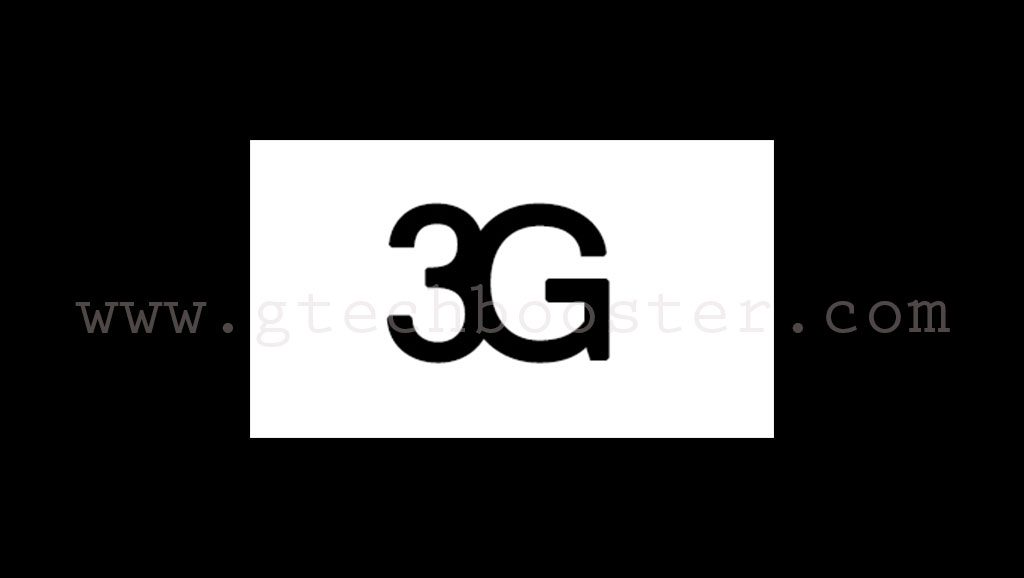 This  was based on a set of standards used for mobile devices, mobile telecommunications, services and networks that comply with the International Mobile Telecommunications-2000 (IMT-2000) specifications by the ITU.

The 3G technology is the result of research and development projects of the ITU which begun in the early 1980s and 1992 after the ITU approved five radio interfaces for IMT-2000 as part of the ITU-R M.1457 for UMTS and CDMA2000. WiMax was added in 2007 based on recommendation.

3G specifications and standards took fifteen years to develop in the IMT-2000. 3G communication spectrum is between 400MHz to 3GHz allocation which was approved by both governments and communication companies. 3G ensured the effective use and implementation of wireless voice telephony, mobile internet access, fixed wireless internet access, video calls and the mobile TV technology systems were introduced in 1981/1982.

Services advertised as 3G are required to meet IMT-2000 technical standards, including standards for reliability and speed (data transfer rates). To meet the IMT-2000 standards, a system is required to provide peak data rates of at least 200 kbit/s.

However, many services advertised as 3G provide higher speed than the minimum technical requirements for a 3G service. 3G releases, often denoted as 3.75G  also provide access of several to  and in laptop computers.

The following standards are typically branded 3G: UMTS  system. First offered in 2001, standardized by and used primarily in Europe, Japan, China (however with a different radio interface) and other regions predominated by system infrastructure.

W-CDMA The original and most widespread radio interface is called W-CDMA. The TD-SCDMA radio interface was commercialized in 2009 and is only offered in China. The latest UMTS release, can provide peak data rates up to 56 Mbit/s in the down-link in theory (28 Mbit/s in existing services) and 22 Mbit/s in the up-link.

The CDMA200 system, first offered in 2002, standardized by 3GPP2 used especially in North America and South Korea, sharing infrastructure with the 2G standard. The cell phones are typically CDMA2000 and IS-95 hybrids. The latest release EVDO Rev B offers peak rates of 14.7 Mbit/s downstream.

The above systems and radio interfaces are based on radio transmission technology. While the standard (“2.9G”),  cordless phones and Mobile WiMAX standards formally also fulfill the IMT-2000 requirements and are approved as 3G standards by ITU, these are typically not branded 3G, and are based on completely different technologies.

The following common standards comply with the IMT2000/3G standard:
A revision by the 3GPP organization to the older 2G GSM based transmission methods, utilizing the same switching nodes, base station sites and frequencies as GPRS, but new base station and cellphone RF circuits.

It is based on the three times as efficient 8PSK modulation scheme as supplement to the original GMSK modulation scheme. EDGE is still used extensively due to its ease of upgrade from existing 2G GSM infrastructure and cell-phones.

EDGE combined with the GPRS 2.5G technology is called “EGPRS” and allows peak data rates in the order of 200 kbit/s, just as the original UMTS and  WCDMA versions, and thus formally fulfills the IMT2000 requirements on 3G systems.

However, in practice EDGE is seldom marketed as a 3G system, but a 2.9G  system. EDGE shows slightly better system spectral efficiency than the original UMTS and CDMA2000 systems, but it is difficult to reach much higher peak data rates due to the limited GSM spectral bandwidth of 200 kHz, and it is thus a dead end. EDGE was also a mode in the IS-135 TDMA system, ceased today.

Evolved EDGE, the latest revision, has peaks of 1 Mbit/s downstream and 400 kbit/s upstream, but is not commercially used. The Universal Mobile Telecommunications System created and revised by the 3GPP. The family is a full revision from GSM in terms of encoding methods and hardware, although some GSM sites can be retrofitted to broadcast in the UMTS/W-CDMA format.

W-CDMA is the most common deployment, commonly operated on the 2,100 MHz band. A few others use the 850, 900 and 1,900 MHz bands.
HSPA is an amalgamation of several upgrades to the original W-CDMA standard and offers speeds of 14.4 Mbit/s down and 5.76 MBit/s up. HSPA is backward-compatible with and uses the same frequencies as W-CDMA.

HSPA+, a further revision and upgrade of HSPA, can provide theoretical peak data rates up to 168 Mbit/s in the downlink and 22 Mbit/s in the uplink, using a combination of air interface improvements as well as multi-carrier HSPA and MIMO.

Technically though, MIMO and DC-HSPA can be used without the “+” enhancements of HSPA+ The CDMA2000 system, or IS-2000, including CDMA2000 1x and CDMA2000 High Rate Packet Data (or EVDO), standardized by 3GPP2 (Different from the 3GPP), evolving from the original IS-95 CDMA system, is used especially in North America, China, India, Pakistan, Japan, South Korea, Southeast Asia, Europe and Africa.

While DECT cordless phones and Mobile WiMAX standards formally also fulfill the IMT-2000 requirements, they are not usually considered due to their rarity and unsuitability for usage with mobile phones.

Begining of 3G the Network

The first 3G(UMTS) to launch in Africa was by Emtel in 2004. The firs pre-commercial of 3G (W-CDMA) was launched by NTT DoCoMo in Japan in 1998 branded as FOMA (Freedom Of Mobile Access) and first first to commercialise in 2001.